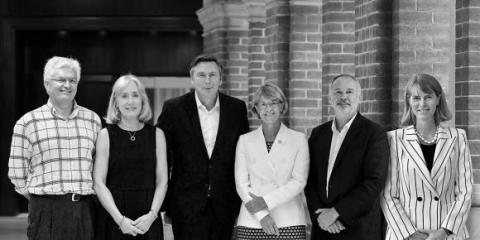 Today, the independent panel tasked with reviewing the Australian Public Service to be fit-for-purpose in the coming decades, has asked for feedback on its priorities for change.

The panel’s proposals are built on an aspiration for the future of the APS: a trusted public service, united in serving all Australians.

For 118 years, the APS has been critical to Australia’s security, prosperity and welfare.

“The review has highlighted the enduring and vital role of the APS in Australia’s robust democracy,” said David Thodey, Chair of the Review.

Panellists have been struck by the public service’s greatest asset – its people – their deep spirit of service, and genuine willingness to engage in reform.

“Overwhelming feedback and evidence – from within and outside the service – points to an increasingly complex environment in which the APS operates. This means it cannot stand still if it is to prosper in the coming decades,” said Mr Thodey.

To address these challenges, the panel has identified four priorities for change:

Each will be supported by a range of specific initiatives and actions.

“We need a strong and confident public service, with the interests of the Australian people at the heart of all it does, as it serves the government and parliament,” said Mr Thodey.

“We have a once in a generation opportunity to harness all the skills, insights and energy of the broad, diverse APS, built on a foundation of trust, to best serve Australia and its people.”

“This will require a fundamental reset of the relationship between the APS and its stakeholders. It will also mean significant changes so the Service is empowered, not encumbered, by its processes, rules and structures.”

“But none of these changes will endure if we do not also prioritise the APS workforce itself. This includes boosting its leadership, capability and diversity – and supporting all staff to be ‘professional public servants’ in the 21st century.”

The panel is seeking feedback on its proposals by 2 May 2019. The panel will deliver its findings and recommendations to the Prime Minister in mid-2019.

Further information on ‘Priorities for Change’ and new research is available.