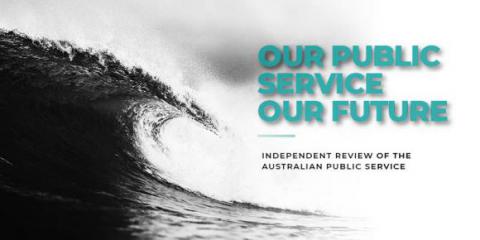 This morning the Prime Minister, the Hon Scott Morrison MP released the final report of the APS review.

The APS review made 40 recommendations and provides a comprehensive platform for change.

“The Government agrees with the majority of the independent panel’s recommendations and I have asked the heads of the public service to take these forward,” the Prime Minister said.

Led by Mr David Thodey AO, the Prime Minister thanked the independent panel and the many members of the public that contributed to the review.

The Prime Minister announced an APS reform agenda ‘Delivering for Australians’, and has invested an additional $15.1 million to support the Secretaries Board and the Australian Public Service Commission to commence reforms.

Read the final report, and find out more about the APS reform agenda on PM&C’s website.