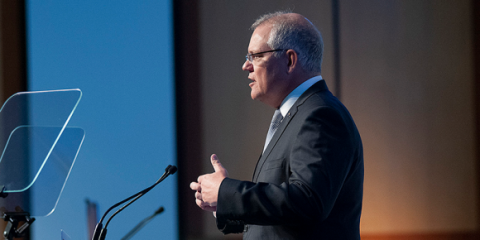 "It's been a big undertaking. And it's been a fair dinkum effort", said the Prime Minister.

The Prime Minister’s speech was delivered at an IPAA event at Parliament House, Canberra on 19 August 2019.

Listening closely was fundamental to the review. Over three engagement phases the review hosted more than 400 meetings, workshops and events, and welcomed more than 5,000 contributions from more than 10,000 participants.

Engagement included public opportunities to make a submission and comment online, dialogues and formal meetings, collaborative workshops, information sessions and site visits. Participants have included members of the public and community leaders, parliamentarians, the not-for-profit and business sectors, and APS leaders and employees at every level.

Evidence from new and existing research has been considered. Eight independent reports and five surveys were commissioned, and Australian and overseas experts were consulted.

The panel has set out its thinking as it has progressed: A Vision for Australia's public service (November 2018), and an interim report, Priorities for Change (March 2019).

All these have helped shape the recommendations in the forthcoming final report.