We want the service to succeed 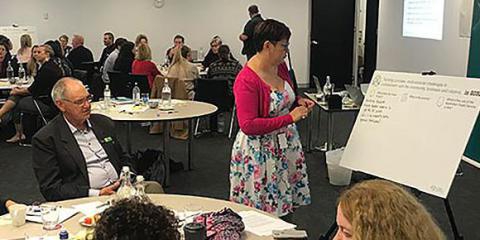 We heard that people value the public service, want it to succeed and often refer to it's work with the people who are most in need of support.

That was the overwhelming steer from our face-to-face workshops in cities and towns around the country.

Below you’ll find two reports from our workshop providers, Inside Policy. One summarises the themes we heard, the other includes detailed methodology and what was said.

We have held 29 workshops in 16 cities and towns around the country. That’s 481 people’s views on the future of the service, including:

The majority of people who wanted to be part of these events were given a chance to do so.

The workshops were delivered over 3 phases to cover:

People told us how important it was to:

These are a close match to the 5 themes our Chair has outlined for the future, including a public service which is:

In the last 7 workshops, we tested those phrases. While the ideas sat well with people, some of the language did not. As a result, we’re fine-tuning the wording.

These workshops are one of many inputs to this review so far. We encourage you to check our latest thinking, comment and share your ideas, and subscribe for updates.